How Young People of the Year became YOPEY Befriender

I am a former national newspaper journalist, involved in the launch of The Independent in the 1980s, and being a deputy editor on The Telegraph in the 1990s. I left ‘Fleet Street’ in 1996 and set up my own desktop publishing and PR business.

In the early noughties, I became fed up with the bad press my former industry was inflicting on young people. It was as if every young person was a binge-drinking, drug-taking, violent hoodie.

I was convinced this was not true. So I ran my first Young People of the Year contest to find young people who were doing good in their communities. The first winner was a teenage girl who volunteered in a special school for children with severe disabilities.

80 Young People of the Year contests

I went on to run over 80 Young People of the Year contests from 2005 to 2017. Each one consisted of a campaign to find amazing young people, write up their stories, get these published, hold an awards ceremony (as lavish as I could blag) and get more publicity for the winners.

Winners have included young people who have done amazing things, from building schools in Africa through raising thousands for good causes, to turning their lives around after tragic circumstances.

Until recently, these stories could still be read, years later, on youngpeopleoftheyear.org but the website was old and its functionality was breaking down, so a decision was made to take it down. Many of the young people we celebrated are still doing good things, so I started a book about some of them in lockdown, which I hope to get published one day. 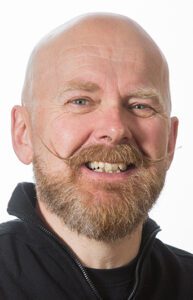 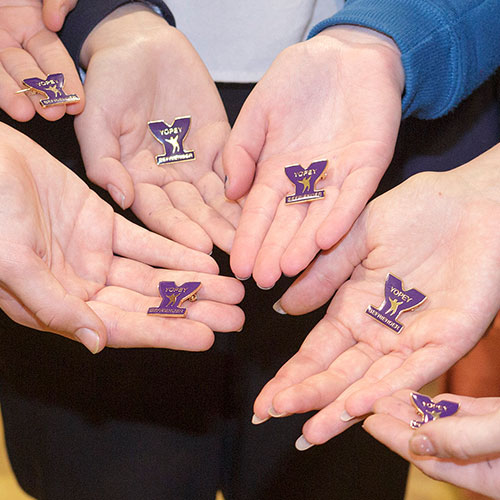 We became the YOPEY charity in 2012

In 2012 the volunteer organisation, Young People of the Year, became the professional charity YOPEY, registration number 1145573. Sponsorship from companies had become more difficult to obtain since the banking crisis of 2008 and in the early 2010s because of the austerity policy of the then Government, councils and police services were no longer able to provide sponsorship.

Despite these setbacks, I wanted to give more young people the opportunity to contribute to their communities so I came up with YOPEY Befriender – or YOPEY Dementia Befriender to give it its full name – where young people volunteer to provide company to lonely elderly people in care homes.

I and the charity’s trustees learned about dementia so we could train the young people how to behave in care homes and what to expect from the residents, many of them living with dementia.

YOPEY Befriender was trialed in 2013

The first YOPEY Befriender schemes were trialed in 2013 and the last Young People of the Year contests were held in 2017 – the same year I was made an MBE ‘for services to young people in the UK’.

During the pandemic, we changed again, taking YOPEY Befriender ‘virtual’. Unable to visit care homes, our young volunteers wrote letters, compiled activities such as crosswords, made artworks and videoed themselves singing or performing another entertaining act. The acts were put in YOPEY Virtual Variety Shows which can be seen on YouTube and were sent to care homes.

After care homes fully reopen, we intend to go back to face-to-face visiting. But meanwhile, through YOPEY, barely a dozen schools, mainly in the East of England, are supporting the residents at 1800 care homes nationwide.

YOPEY continues to give young people the opportunity to do good and learn vital life lessons at the same time.